When it comes to disposing of an organization's IT assets securely, business and IT professionals who responded to a survey by SearchDataCentre.com, were deeply concerned about the potential of data breaches, compliance penalties, and reputational damage.

These very real concerns are intensified in the Asia Pacific region as the transboundary movement of e-waste is becoming increasingly more challenging. Since announcing its National Sword Initiative in early 2017 to target imports of 'foreign waste', including plastics, electronics and other household and industrial waste products, China has aggressively cracked down on illegal scrap shipments.

Every container of recyclables imported from the United States, for example, is subject to inspection. Hundreds of suspects have been arrested and several hundred thousand tonnes of material have been confiscated.

Ever since the 1980s, China has been the primary importer of recyclable materials. Inevitably, waste exporters – particularly from Europe and the US – now look for alternative destinations. The influx of new traffic has saturated the seaports of Southeast Asia. So much so that the authorities have struggled to cope and, in seeking to alleviate the situation, the governments of Vietnam and now Thailand have declared their own import bans.

As soon as the Thai ban was announced on the 24th of June 2018, the Hapag-Lloyd shipping line responded with its own announcement that it would stop accepting shipments of plastic and electronic waste bound for the nation's ports.

Following the ban, estimates suggested that 20,000+ containers of waste material diverted from China were sitting idle in Thailand's ports. And so, exporters continue to look elsewhere. India, Indonesia and Malaysia are still accepting consignments – but for how much longer?

Malaysia has already introduced a three-month moratorium on the import of scrap plastic. Vietnam is predicted to move to a nationwide ban on scrap plastic imports and has already suspended unloading services that has led to 9,000 containers sitting idle. This Domino Effect in Asia is likely to gain momentum, creating more risks for the organizations that own the assets and increasing the likelihood of their asset recovery and recycling partners seeking more 'informal' solutions.

What are the Ramifications?

Customs inspectors have stepped up their efforts to sniff out illegal shipments masquerading as genuine recyclable waste in an attempt to reduce the backlog. A recent high-profile operation in Thailand exposed a complex smuggling network that has implicated foreign investors, three electronic waste importing companies, an electronic parts recycling company and four hazardous waste disposal companies.

The ramifications of all this are clear. In simple monetary terms, idling container ships mean escalating demurrage costs. As well as penalties for the providers, it also means that an organisation can lose control of its IT assets as they sit stuck in containers at any number of ports. And in most cases these assets are easily tracked back to their owners, which can harm an organisation's good name – there are more examples of this in the press over the last few years than I care to count.

Even back in 1989, when the Basel Convention was signed, the dangers and risks inherent in the transportation of e-waste were evident. All signatories committed to prolonging the lifecycle of electronic goods and conserving natural resources by recycling and re-using, and to the prevention of hazardous waste being traded freely like ordinary commercial goods. Like all legislation, however, it is subject to the kind of loopholes that the recently exposed smuggling network tried to exploit, which is one reason why the system of written notification and approval for all cross-border movements of any e-waste classified as hazardous is so stringent. It is largely based on Basel permits, which are very difficult and time-consuming to obtain. A good example of this is the extremely limited number of Basel permits issued by Chinese regulatory authorities that allow the export of hazardous waste from the 11 current Free Trade Zones (FTZs). What's more, companies are frequently required to have local operating permits and licenses in place before they can even apply for an export permit. Following the bans and clampdowns in the APAC arena, these have become even harder to obtain.

Transgressions, whether intentional or accidental, are subject to serious sanctions – which are laid down, not by the Basel Convention but by widely-varying national legislation. It is a very, very complex 'ecosystem'. For multinational organizations with large supply chains, the complications and pitfalls are magnified.

Do it yourself or in partnership?

To do it alone with any degree of safety and security is almost impossible. Like trying to cross the Pacific Ocean in a dinghy, it is conceivable, but not prudent.

A good IT asset recovery/recycling partner, on the other hand, can save their client’s time, headaches, cost, and most importantly reputational damage. There are partners and there are partners, of course, so what should you look for? A partner that:

As sure as the mountain of e-waste we create continues to grow, rest assured that the compliance landscape will become more unforgiving. Expect more shockwaves within the Asia Pacific region as national authorities struggle with the massive amount of material that China is no longer accepting. It is more important than ever to engage the right kind of partner that can help you compliantly navigate these turbulent waters. 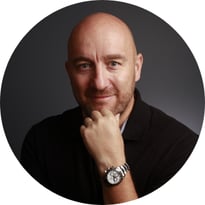 Gary Steele is the Chief Operating Officer for TES. Since our formation in 2005, TES has been a circular economy leader focusing on IT Lifecycle Services, offering bespoke solutions that help customers manage the commissioning, deployment and retirement of Information Technology (IT) assets.

We understand the common challenges faced when managing IT equipment throughout its lifecycle, providing cost effective solutions whilst achieving compliance with all local and international data security, environmental, and industry regulations.

Backed by Navis Capital Partners, one of southeast Asia’s largest private equity companies with over US$6 billion under management, TES now operates in 34 locations across 21 countries. It is our mission to create outstanding value for our customers, employees, stakeholders, and the global community by leveraging our unique combination of security, value recovery, and environmental expertise.

Maintaining TES’s best-in-class reuse and recycling rates requires continual innovation and collaboration.  According to a recent study by Gartner, …