Vietnam has implemented an outright ban on plastics recovered from e-scrap, find out how this affects your business.

Welcome to the 21st century: a time when plastic pollution is affecting wildlife, its habitat and humans more than ever before.

According to reports from the Guardian, an estimated 8.3 billion tons of plastic have been produced worldwide since the 1950s — which is the equivalent to the weight of more than 800,000 Eiffel Towers.

It is well known that plastic is resistant to many natural processes of degradation and is slow to degrade. The most shocking fact, however, is that only 9% of plastics are recycled. On top of this, more than 73% of beach litter worldwide is plastic, as National Geographic reported. This litter includes items like the millions of plastic bottles and bags bought and used around the world.

All of this leads to a high degree of plastic pollution in the environment. The good news is that many countries have made a leap forward in starting to regulating plastic. An example of that is the government of Vietnam and its new plastic ban on all types of plastic imports into the country, including single use plastics for some categories.

During a time when import policies in China and Southeast Asia in general are tightening, the government of Vietnam has implemented an outright ban on plastics recovered from e-scrap — noting that used “plastic cases of used electronic equipment, such as: televisions, computers, office equipment” are not allowed to be imported under the new regulations.

Vietnamese officials recently sent a letter to customs departments around the country to inform them about the new plastic ban on imports, instructing them on the new regulations.

Driving the new regulation is the fact that the volume of plastic products within Vietnam has increased by 20 times in the last 50 years and because with several other southeastern Asian countries putting similar bans in place, there are growing concerns about emerging e-plastics dumping grounds as recently discovered in Thailand.

Bans like these create issues for OEMs and retailers who have to digest and comply with the new regulations; including companies like Amazon who have requested more time to comply with the new rule. Complicating this is that the new ban also affects ecommerce orders placed in Vietnam for products that are sourced from places where such a ban is not in place.

So, while there are challenges that come with the ban, we believe more regulations like this will promote the responsible processing of what is a no/low value commodity in an industry long known for having it’s share of non-compliant processors.

With China, Thailand, Malaysia, Taiwan, and now Vietnam all introducing new legislation in the e-scrap space, the only question is who and what is next? And the question for organizations with IT assets to disposition in these countries is how can you stay on top of these emerging changes and the risks that are inherent to them?

The answer is complex, but the first step is simple; let TES be your guide. 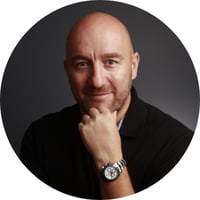 Gary Steele is the Chief Operating Officer for TES. Since our formation in 2005, TES has been a circular economy leader focusing on IT Lifecycle Services, offering bespoke solutions that help customers manage the commissioning, deployment and retirement of Information Technology (IT) assets.

We understand the common challenges faced when managing IT equipment throughout its lifecycle, providing cost effective solutions whilst achieving compliance with all local and international data security, environmental, and industry regulations. Backed by Navis Capital Partners, one of southeast Asia’s largest private equity companies with over US$6 billion under management, TES now operates in 34 locations across 21 countries.

It is our mission to create outstanding value for our customers, employees, stakeholders, and the global community by leveraging our unique combination of security, value recovery, and environmental expertise.